This paper builds data collection, research, critical analysis and credit evaluation tactics among students. We have been given a case study of a hotel and have been asked to go through its finances. In this case study, my role is that of a Relationship Officer, who would evaluate whether the said hotel’s financial situation is suitable for my bank to build a banking relationship with(Chen, 2010). The paper would evaluate the financial ratios with respect to the hotel industry in the GCC region.

The Gulf Hotels Group, a company registered on the Bahrain Stock Exchange was founded in 1967, as the Bahrain Hotels Company. The founder’s vision was to provide unmatched standards of hospitality on the tiny Middle Eastern island. The company was able to fulfill its vision when it opened Bahrain’s first five star hotel, the Gulf Hotel. Over time this philosophy has remained the same even though the company: Gulf Hotels, has changed tremendously. The hotel’s management has managed to continually expand and upgrade the hotel, in order to meet the modern day demands. (Gulf Hotel Website, 2018) The Gulf Hotels Group is owned by Farouk Yousuf Almoayyed, who is the group chairman. The Board of Directors of the hotel chain consists of influential businessmen from Bahrain.

Current ratio is calculated using formula Current Assets/Current liability which measures short term debt obligation of company. Company reported current ratio of 5.73 in 2017 which subsequently decreased to 1.26 in 2018 and then increased to 1.90 in 2019. This shows company had good liquidity position in 2017, however in 2019, company have subsequently improved its liquidity position which is a good sign for company debtors.

Net Sales to Working Capital is calculated by dividing net annual sales by the average amount of working capital which shows how efficiently company utilizes its current liabilities and current assets which accounts for a sale. Company reported value of 1.11 in 2017, which increased to 11.50 in 2018 and then decreased to 5.04 in 2019. This shows that company best utilized its current liabilities and current assets in 2018 as compared to 2017. However company is on a right track in 2019.

Net Working Capital can be calculated by deducting current liabilities from current assets. Company reported net working capital of 33,720,557 in 2017 which was reduced exponentially to 3,052,248 and then subsequently increased to 7,652,555. The reason for fluctuation in 2018 is because company reported less revenue and 2.5 times more expenses in 2018.

Debt to Asset Ratio shows the extent to which company have used debt to finance its assets. It is calculated by dividing total debt to total assets. The analysis of financial statement reveals that company reported 7.60% in 2017 which was increased to 19.74% in 2018 and then reduced to 15.91% in 2019. This shows that company is highly financed with debts which is a bad sign for a debtor and bank.

Times Interest Earned Ratio measured company’s ability to meet its debt obligations using its current income. Company reported 17.49 in 2018 and reduced to 7.64. Higher values in 2018 is favorable for debtor as it presents less risk of solvency. Reduced ratio of 7.64 is not a good sign for debtors.

Debt to Tangible Worth depicts creditors’ protection in case of company solvency which can be calculated by Total Liabilities / (Net Worth – Intangible Assets). The ratio shows that company reported 15.89%in 2018 and 10.96% in 2019. Lower value depicts healthier position of company in 2019 as company have low amount of debt as compared to their net worth.

Long Term Debt to Total Capital shows financial leverage of hotel group which is calculated by dividing long-term debt by total available capital. Company reported value of 10.96% in 2018 and reduced to 9.26% in 2019 which shows company subsequently relies on debt.

Gross Profit Margin ratio measure the income left after financing its cost of goods sold from income statement. Company reported 35.84% in 2017, 42.86% in 2018 and 44.57% in 2019. This shows that company had better financial health in 2019 and is improving which is a good sign for debtors.

Net Profit Margin is calculated by dividing operating income with revenue. It depicts the extent to which revenue is translated into profit. Company reported 29.62% in 2017 which was reduced to 19.71% in 2018 and further reduced to 15.43% in 2019. The decreasing trend reveals that company is not efficiently controlling its costs.

Return on Assets is calculated by dividing total assets with net income of a company. It measures the extent to which company is profitable w.r.t its assets. Company reported 9.12% in 2017, 4.89% in 2018 and 4.35% in 2019. The reduction of trend suggests that company is not utilizing its assets properly.

Return on Equity measures how efficiently company is generating wealth for shareholders through better utilization of its income. It is calculated by dividing net income with shareholders equity. Company reported 9.87% in 2017, 6.09% in 2018 and 5.17% in 2019. Decreasing ROE is not a good sign for shareholders to invest in this company. Thus, company seeks debtors to fulfill its capital requirements.

Inventory Turnover ratio is used to measure the efficiency of company operations by showing how many times company has sold and replaced inventory during the financial year. The ratio reveals that 53.87in 2017, 63.41 in 2018 and 56.21 in 2019. Company was efficient in 2018, which reduced in 2019. However the fast turnaround of inventory shows that company is efficient in generating profit by turning around its inventory 56.21 times during last financial year.

Fixed Asset Turnover measures the ratio of sales to fix assets by dividing revenue with fixed assets. Hotel reported 0.47 in 2017, 0.28 in 2018 and 0.32 in 2019. This shows decreasing trend in 2017 and then increasing trend from 2018 onwards. This shows that company is gaining effectiveness and efficiency in last financial year to generate revenues.

Asset Turnover ratio measures efficiency of assets by dividing revenue with average assets. Company reported 0.31 in 2017, 0.25 in 2018 and 0.28 in 2019. Similar trend is exhibited as company is improving its financial position in last financial year.

Lastly, Average Collection Period is analyzed using formula of (360*Average accounts receivable)/ Net credit sales. It shows that average credit sale is made and the date the purchaser pays for that sale. Company reported average collection period of 15.15 in 2017, 20.28 in 2019 and 21.94 in 2019. This Shows Company have subsequently improved and creditors are now making payments which will positively influence company working capital.

Political Environment: Gulf Hotel operates in highly stable political environment where political issues like terrorism and civil war in Middle East subsequently effects tourist arrival at the hotel. The current government made many policies which has subsequently effected Hotel industry in Bahrain as Policies requires strict compliance to government SOP’s. Furthermore, restrictive movement order and border closure have subsequently effected arrival of tourists at hotel. In a nutshell, the political environment is moderate and things are not clear till when hotel will operate with high occupancy of gusts after the Covid-19.

Economic Environment: Economic environment of Bahrain is highly stable as government have taken subsequent actions to diversify its economy by emphasizing on several sectors such as tourism, hospitality and banking. Bahrain reported $37 billion in GDP and is expected to slow down by the advent of fears of Covid-19. Highly disposable income of Bahrainis which is 20 thousand USD per capita is likely is fuel the service sector especially hotel industry within the country. In, 2017, Bahrain reported 12.7 million tourists arrival which is a good sign for hotel sector. (CIEC, 2020) In a nutshell economic environment is moderate once the fear of Current pandemic is over.

Social Environment: Social diversity in Bahrain positively influence hotel sector because of the diversity of nationalities working as an expatriates in Bahrain. Bahrain have population of 1.7 million out of which more than 800,000 are expatriates. Bahrain has been ranked best country for expatriates which serves as a positive indicator for hotel sector of Bahrain. (FNAK, 2020) 35% of the Bahraini population is youth which can fuel the hotel and hospitality sector in the country. (Oxford Business Group, 2020)

Technological Environment: Technological environment in Bahrain is highly favorable with more than 98% of population have access to internet. On contrary, Bahrain have highest penetration of smartphones in the world. (Kemp, 2020) Hotel sector subsequently relies on recognition and customer relationship management technology to create a seamless integration of hotel processes and enhance customer experience.

Strengths: Being a subsidiary of Bahrain Tourism Company BSC, it has a strong financial backing targeting various segment of hospitality including business guests, leisure guests and tourist visiting Bahrain. Company acquires more than 12 brands of hospitality around the world which makes company lucrative with diversified operations. Gulf Hotels Group controls assets in different countries. These countries are in the Middle East, as well as East Africa. This varied portfolio allows the group to balance its earnings and losses.

Weaknesses: The most prominent weakness of the group is its dependence on Middle East’s tourism industry. Considering that the Middle Eastern tourism industry revolves around its oil industry, this can be considered a weakness as political turmoil in Middle East can hamper growth prospects of a company. It is essential to diversify in countries like South East Asia which are reporting high tourism arrival from Europe, US and Australia. Company, have no portfolio prospect for the lucrative market of China which is the largest growing tourist market in the world.

Opportunities: Considering the current pandemic, company must make efforts to provide safe and reliable hospitality experience in times of such crisis by making substantial changes in hotel amenities like tables. Company must digitalize guest’s service by providing contact less hospitality experience to the guest. For example, e-payments. Company should also make investment in countries which have highly lucrative tourism market such as Thailand, Malaysia, Maldives, Amsterdam and Dubai. Company needs to create lucrative marketing strategies from BRICS countries which are amongst the largest tourism market in the world.

Threats: Covid-19 has caused the entire global tourism industry to shut down. Businesses have been shut down and people have lost their jobs. This had a negative impact on the tourism industry specifically hotel industry. Growing saturation of big hotel and lodging brand in Bahrain poses significant threat to the growth prospect of the hotel and its restaurant.

Considering the Hotel chain’s financial condition, it is apparent that the Gulf Hotels has a good image in the GCC region. Hence, the growing revenue. However, the management is quite ineffective and inefficient. The company had bad year in 2018 which have tarnished its credibility amongst the debtors. The management’s inefficiency has caused the hotel to suffer financially. As a banker, I am concerned of this and would invest the bank’s money with higher interest rate to decrease bank credit risk. 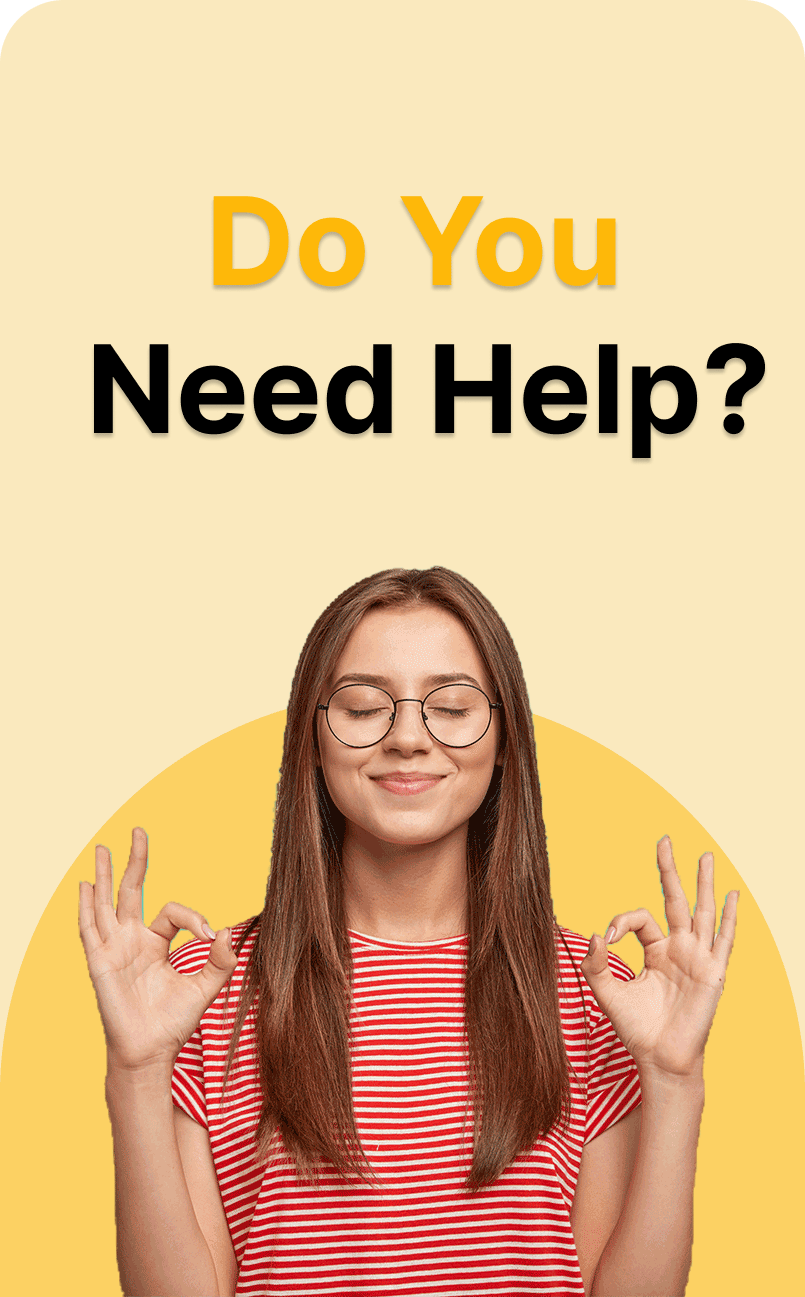